A Backyard Cottage, also known as a DADU or “detached accessory dwelling unit”, is a small, standalone house or carriage house (above a garage), located on your property but separate from your main home. 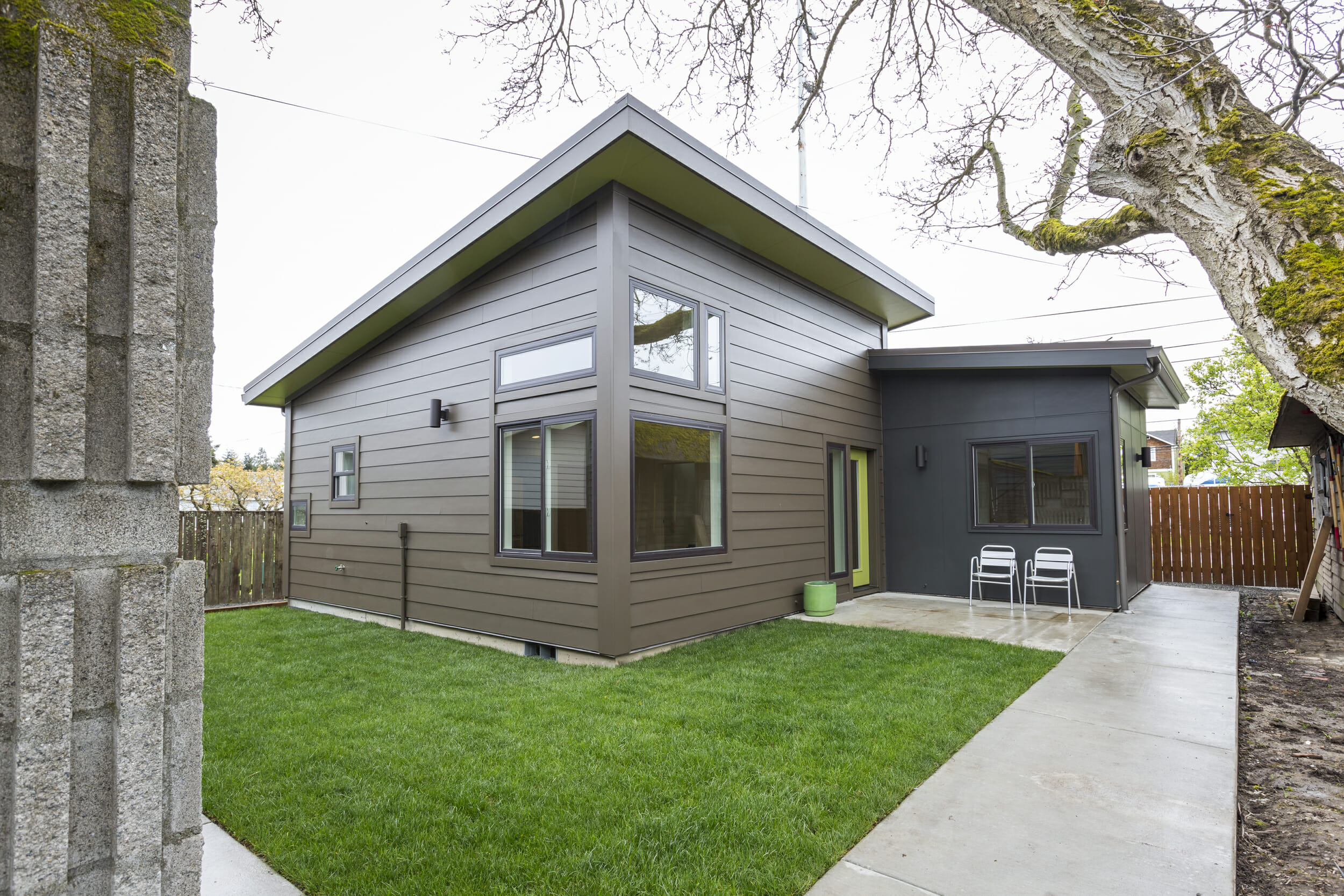 Backyard cottages have been increasing in popularity in urban areas like Seattle because of their many benefits, including:

Seattle has allowed backyard cottages since 2009, but with many caveats that worked to restrict rather then encourage their numbers. Fast forward to 2019 and we finally have the code changes we need to really start seeing progress.

Here’s a brief breakdown of the major changes to backyard cottage rules, which took effect in August 2019:

*Two ADUs (accessory dwelling units) are allowed if one is attached to the house (like a basement MIL) and the other is detached (a backyard cottage). Two backyard cottages are also allowed, but only if they are built green.

One question we know people will be asking is whether this means Tiny Houses are now allowed. Unfortunately a Tiny House on wheels is still considered a recreational vehicle, and by King County zoning code definition, a recreational vehicle or park model RV is not a dwelling unit and may not be used as a full-time residence. Although whether Seattle is enforcing that these days, seems up for debate! A Tiny House with a foundation, on other hand, has to be permitted as a backyard cottage.

Like any other major remodel or addition, creating an in-home apartment or building a backyard cottage means permits and building codes must be met. Seattle is working to expedite that process as well, but it’s always a good idea to consult with a professional or attend a workshop first. If you need referrals for either, drop us a line!

It’s about to get easier to build a backyard cottage in Seattle – Phinneywood.com

Seattle Says Yes to the Best Rules in America for Backyard Cottages – Sightline.org